Man Utd scored five goals in a league game for the first time since Sir Alex as Ole Gunnar Solskjaer got off to a perfect start as caretaker manager.
This was a result - and more importantly, a performance - as far removed from Jose Mourinho's stodgy and stifling approach as it's possible to be. Marcus Rashford's free kick was added to by Ander Herrera from distance, albeit with the aid of a deflection, before Victor Camarasa briefly gave Solskjaer's old side hope before the break.

Anthony Martial's fabulous team goal and a Jesse Lingard brace ensured that rampant United - with the much maligned Paul Pogba at the heart of things - avoided the type of shock result inflicted on rivals Manchester City and Chelsea earlier in the day. 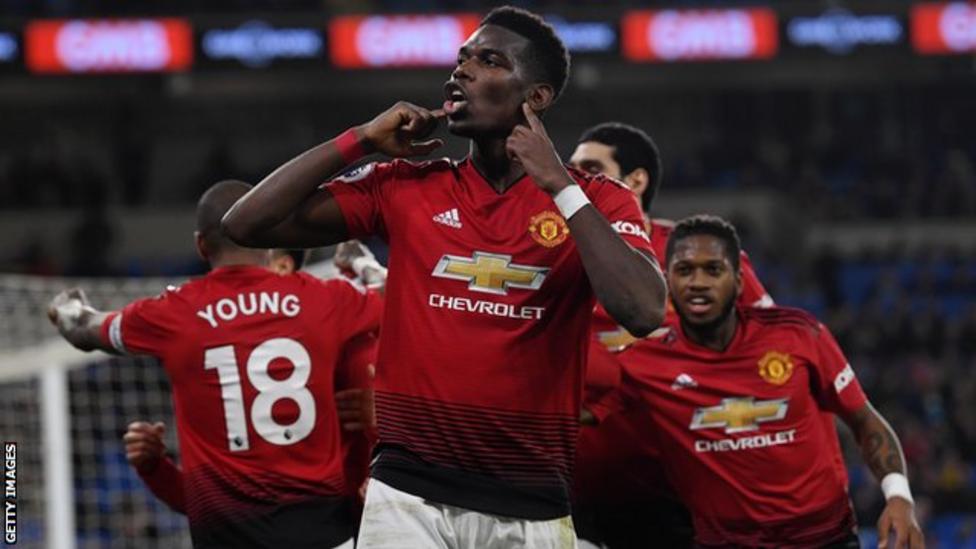 Ole's appointment as Mourinho's temporary successor caused raised eyebrows in South Wales after his disappointing eight-month spell at the helm of the Bluebirds in 2014, which included a relegation from the Premier League.

Neil Warnock's side came into the game having won their last three at home and the veteran boss had talked about whether this would be a good or bad time to face a United team in the midst of our worst ever start to a Premier League season. He soon got his answer.

After only three minutes, United were ahead when Pogba went down 25 yards out and acted as the decoy for Rashford, who fired the resultant set piece over the wall and beyond the stranded Neil Etheridge.
The Reds continued to dominate and a quick one-two between goalscorer Rashford and Martial almost led to another goal for the former but his shot was well blocked by a lunging Sol Bamba.
But we got a deserved second on the half hour mark as a lovely ball inside by Pogba picked out Herrera in space, and his 30 yard piledriver deflected off Greg Cunningham on its way in.

Cardiff were handed - quite literally - a lifeline as Rashford was adudged to have handled a Junior Hoilett cross on 37 minutes. Camarasa made no mistake from the spot to give Warnock's men renewed hope of an upset.

That hope lasted only three minutes though as United responded in swashbuckling style with one of the best goals we've scored for years.
Pogba collected the ball on the edge of the box and found Lingard whom, in turn, back-heeled to Martial. Our no.11 then played a one-two with Jesse, who flicked on for the French forward to finish in to the far corner at the culmination of a wonderful sweeping team move. One that Ole himself would have been proud of.

Etheridge saved well from Rashford and then went close again having been put through by the immense Pogba. But the Reds didn't have to wait long to turn constant pressure into another goal as a surging run from Lingard saw him scythed down by Bamba. Pogba was expected to take responsibility for the penalty, but instead Lingard dusted himself down and stroked the ball beyond Etheridge for his second goal in as many games. 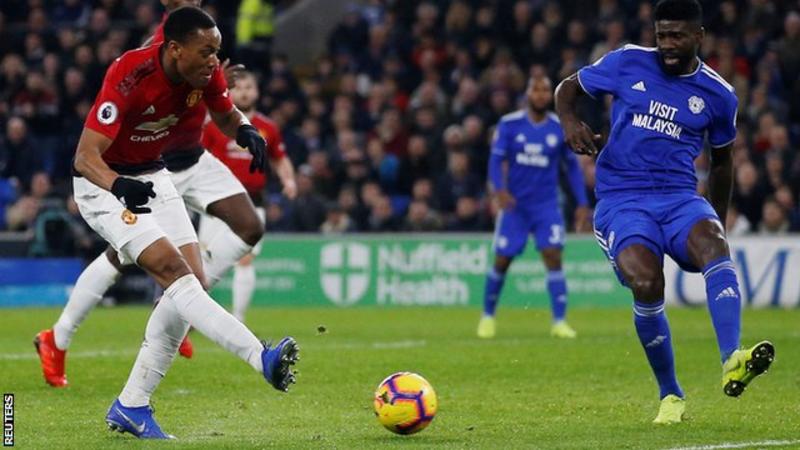 Etheridge was a man under siege and he did well to deny Rashford again, who on another day could have had a hat-trick. Cardiff, to the credit, did not give up and forced David de Gea into a rare save as Josh Murphy had his low effort pushed away by the keeper. Callum Paterson headed over the bar from the resultant corner.

Pogba tried his luck from distance but Etheridge was equal to it, expertly tipping over, before Jones' volley from the resulting corner was saved down low. Bamba headed Cardiff's best chance of the second half wide before substitute Kenneth Zohore tested De Gea at his near post.

Lingard put the icing on the cake in the 90th minute, latching onto Pogba's lovely ball in behind to round the goalkeeper and slot the ball into the empty net. He celebrated in the corner with the travelling United contingent who will return to Manchester with big smiles on their faces.