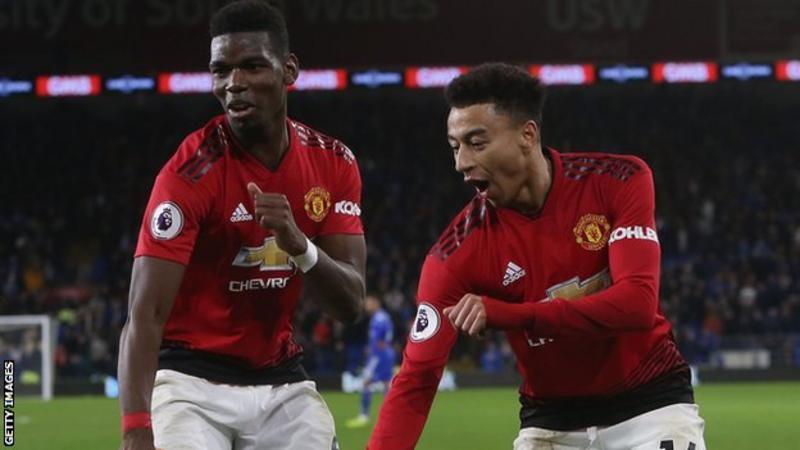 Well, now it appears we know who the real virus was in the Manchester United dressing room. Little about Jose Mourinho's controversial tenure at Old Trafford kicked up a storm quite like his treatment of Paul Pogba.
Mourinho spent £89m on the World Cup winner to bring him back to the club but the two men spent the final months of the manager's time at United locked at unbreachable impasse.

During 2018 alone, our club record signing was dropped, recalled, made captain, stripped of it, criticised and finally dropped again. For the defeat at Liverpool, the Frenchman sat on the bench in the rain throughout what turned out to be Mourinho's final game in charge. He sat as an unused sub, powerless to prevent United's pitiful and pathetic capitulation that finally spelt the end of his manager.

There have been rows, rumours and a war of words between the pair. Mourinho tried - and spectacularly failed - to get the best out of his marquee signing. His man management of a player who needed an arm around him was abhorrent.

With a new man in charge at the dawn of a new era, there was little likelihood of that exile lasting. After being omitted from the XI by Mourinho - the man who called Pogba a virus behind the scenes - for three of his last four outings, the Frenchman was included on Ole Solskjaer's first team sheet at Cardiff. Pogba came to the party and showed why he is such a frustrating player. This was Pogba at his bullying best in the kind of performance that has been all too fleeting under the previous regime. There were also signs that Pogba is willing to shake off the tag of being selfish after allowing Lingard to take the spot-kick to put us 4-1 ahead despite Pogba's status as United's regular penalty taker.

Getting more, much more, from the enigmatic Frenchman is one of the major tasks facing Solskjaer over the coming months. He thinks the World Cup winner can be "a six, an eight or a 10".

At Cardiff in OGS's first game at the helm, Pogba was part eight, part 10. He won the free-kick for Rashford's opener with a nimble dart through midfield, though a combination of his team-mate's deceptive shot and Etheridge's failure to read it were the crucial elements.
He teed up Ander Herrera for the second and played a delicate pass to Jesse Lingard for the visitors' fifth.
In doing so, Pogba made as many assists in one game as in the previous 17 top-flight matches this season combined.
Solskjaer said: "Paul has got the quality to play in so many positions. He was excellent."

Twice during the first half, Solskjaer urged Pogba to get the ball wider. It was not quite a return to the days of marauding wingers - United simply do not have the personnel for that. It was an attempt to make the pitch bigger. On a bigger pitch, better players have more chance to impose themselves, which is exactly how it turned out.

For the first time in recent memory, Pogba ran with the ball, beat men and dribbled, a surge that took Jesse Lingard into the area and over for a penalty. Lingard smashed it home to further ease the pain caused by the troubled Mourinho reign.

It's been obvious that Pogba was not happy with Mourinho's pragmatic, safety-first set up and that was part of the reason why the two men fell out. It's in this environment, with the shackles off and playing on the front foot, that Pogba is at his best. Solskjaer managed to get a tune out of him and usually, when he plays well, so do United.

Posted by United Faithful at 03:03